Is Space Exploration the New Frontier in Farming, Pharmaceuticals and Biomanufacturing? 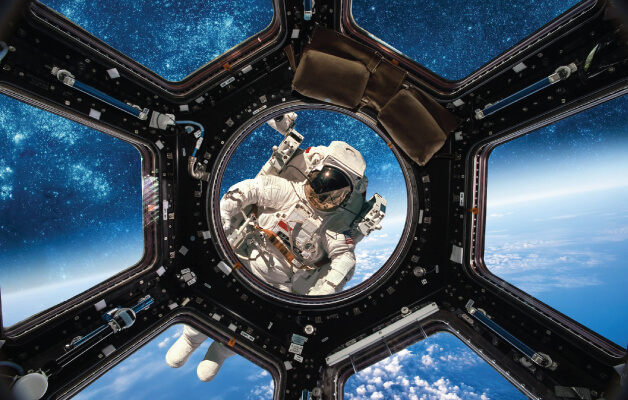 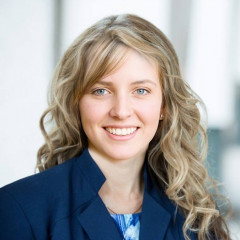 The concept of extra-terrestrial agriculture gained prominence in the early 20th century through Soviet aeronautical scientist Konstantin Tsiolkovsky, who envisaged isolated greenhouses in space. “The use of agriculture for human life support in space has been one of the longest standing areas of space research”, said Raymond Wheeler of the Kennedy Space Center.

Jack Myers’ studies of algae were at the forefront on what was to become ongoing and global research into space agriculture and low waste, space optimized CEA farming.

NASA, Japan, Canada, Behang University, The European Space Agency, the UAE and Saudi Arabia are among those who have conducted research from the 1980s to the current day.

From Challenges to Opportunities

Crop failures due to temperature and weather events and a decrease in arable land have focused attention on space agriculture.

The Eden ISS greenhouse in Antarctica was an EU funded project with the goal of developing and testing food production systems for human space exploration which helped Earth based greenhouse systems to optimize plant environment interactions. Controlled Environment Agriculture (CEA) technologies tested by the project are used worldwide.

CEA Research and Development by Saudi Arabia and UAE

Through use of hydroponic, aeroponic and aquaponic technology CEAs produce nutritious high-quality crops, contributing to sustainable access to food.

Agritech startups Natufia and Edama of KAUST University were among the winners of NASA’s Deep Space Food Challenge and were recognised by The Canadian Space Agency and NASA for demonstrating excellence in helping to bring innovative food production technologies to space.

UAE scientists are using space technology to boost food security by using various agricultural methods to grow crops in controlled environments, and NASA’s Dr Craig Kundrot is keen to collaborate with the UAE’s efforts towards food security on Earth.

The Mars 2117 Strategy is a UAE project intended to build the first settlement on Mars in the next 100 years and will be the largest space-simulation ever built.

Biotechnological research is moving fast. In 2015, a milestone was reached. As a result of the first ever vegetable production growth chambers on the ISS, six astronauts became the first humans to eat food grown in space.

Pronounced safe to eat and just as nutritious as earth grown lettuce, it was free from disease-causing microbes.

The UAE project Palm in Space will verify if it’s possible to germinate palm tree seeds under all the unusual conditions of a space environment.

Meanwhile Professor Paul Bosland and colleagues have genetically engineered peppers designed to be bred on Mars.

It’s Desirable, But Is It Feasible?

The potential for a Mars mission in the early 2030s (Drake et al., 2010)” brings urgency to developing space biotechnologies.

Discovery of new bacterial strains aboard the ISS and biotechnologically useful genetic determinants may help growing plants in extreme places.

While the successes of the Eden ISS project indicate that space farming might be feasible as many aspects of the Antarctic deployment offered valuable space application insights.

Lessons learned from the Eden ISS project are being adapted. The design is plausible and fits current mission plans. It has a simple and robust architecture, making it versatile and adaptable to future changes in missio­­n plans.

One objective is to manufacture Just-in-Time Medications and produce pharmaceuticals or biologics in less than 24 hours which are capable of being reconfigured within a few hours with minimal human intervention and the search is on for precursors that don’t require refrigeration and have a shelf life of over 3 years.

Such a breakthrough would mark a fundamental shift in Earth pharmacology.

Integration of Space Exploration and Biomanufacturing

In outline designs for a manned 500-day mission to mars towards a Bio manufactory on Mars researchers state that innovations necessary to meet the challenges of low-cost, energy and mass efficient, closed-loop, and regenerable biomanufacturing for space will yield important contributions to sustainable biomanufacturing on Earth

Microgravity can advance biomedical science in ways not possible on Earth. The secret to producing large batches of stem cells more efficiently may lie in the near-zero gravity conditions of space.

According to the ISS National laboratory incredible advances have been achieved particularly in the areas of biomaterials, stem cell biology, and bioengineering.

The unique environment of the ISS National Laboratory allows scientists to conduct biomedical research in ways not possible on the ground. Biomanufacturing in space could lead to important advances in regenerative medicine that benefit people on Earth.

With decreasing costs of sending payloads to low earth orbit and increasing access to space, the integration of space technologies may indeed underpin a giant leap for humankind.

It may be a hackneyed phrase, but it seems that space really is the new frontier of agricultural, pharmaceutical and biomanufacturing research and development.

Ollen Group is one of the top agribusiness consultants offering turnkey solutions from strategy to execution, as well as design & supervision. Our expert agricultural consultants will help your through your journey to sustainable agriculture.